StoryHarp is an interactive fiction authoring environment focused on making CYOA-style experiences where you pick from a list of choices. It was originally a desktop application in Delphi released in 1998 but has now been converted to JavaScript to run in the browser using JavaScript/TypeScript, Mithril, and Tachyons. You can try it online or check out the GitHub project 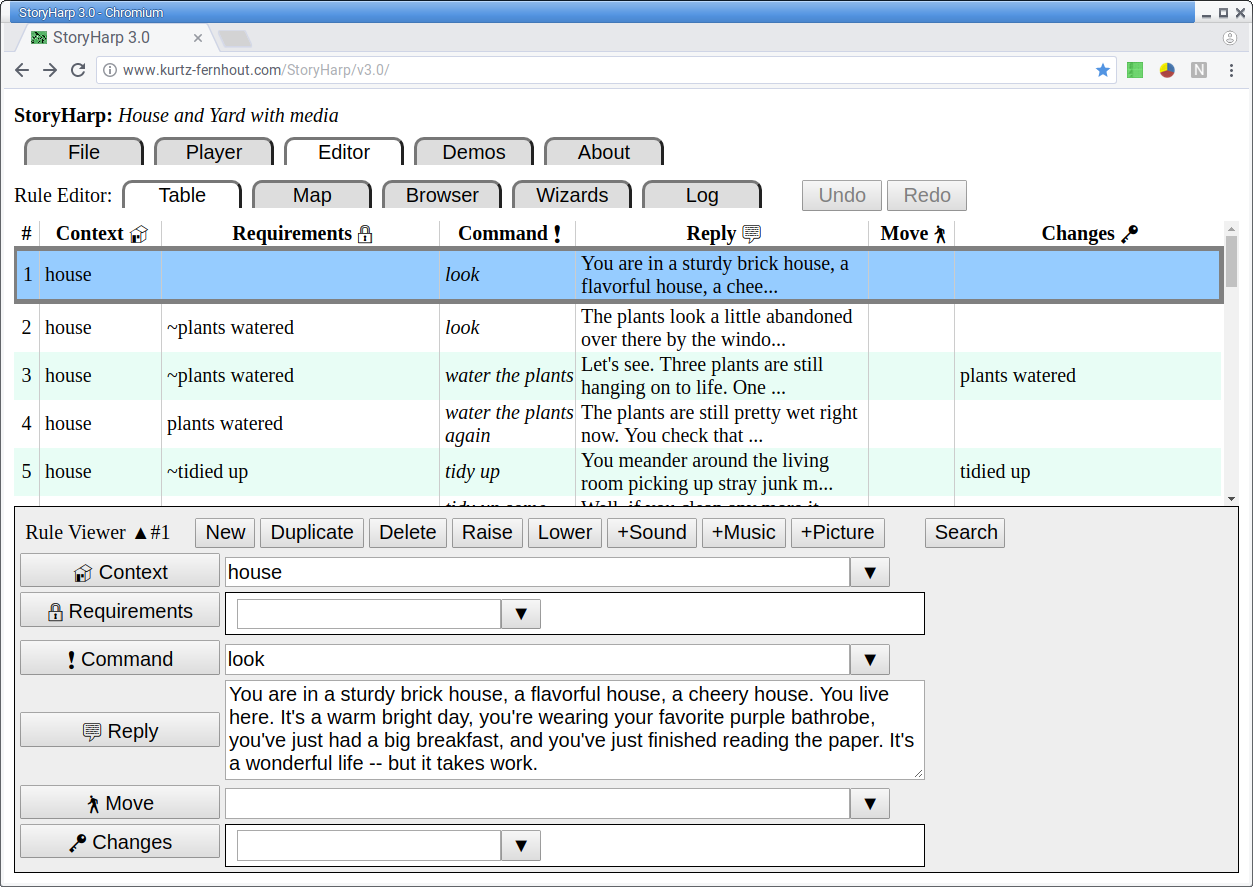